Sales Fiction Podcast: What separates star agents from average ones? 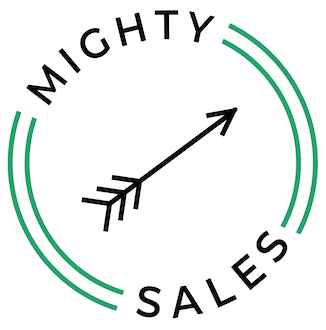 When trying to grow their business, a lot of agency owners are looking to bring on the best talent. Their teams are often devoting a lot of time to recruiting high-performing agents and brokers within their communities.

It makes sense – if you have great talent, your agency will be successful.

Is talent really what separates great agents from the average? Or is it something else entirely?

In this episode of the Sales Fiction Podcast, I break down the three key things that separate star performers from average ones, and what you can look for in the hiring process to set your agency up for success in the long term.

By this logic, it's no wonder agency owners are so focused on hiring only the highest performing candidates.

But I want you to ask yourself this:

If you could get 50% of your team performing at that star level, what would that do for your agency? For your agency's bottom line? Its morale?

More importantly, what would it do in the lives of those agents who are able to up-lever their performance?

Seeking out only those who are already top-performers in your industry actually puts you at a disadvantage, and here's why:

You are not the only one who wants to recruit these people.

So it's going to take a very compelling reason for them to come and work for you.

More often than not, it comes down to commission splits or compensation, which you can imagine costs agencies a great deal of money.

Instead, what if you knew exactly what make up those star performers so that you could search for the underdeveloped stars in the marketplace, and recruit and train them to become those high-performers?

I truly believe that sales is a skill that can be developed, and while it's not something you are simply born with, there are a few core competencies that hint at who is most likely to succeed.

About 18 months ago, when speaking with a client about a recent hire they had made, they told me candidly that they didn't expect this new agent to be particularly high-performing.

Fast forward 18 months, this agent is now the top producer on their team, and setting sales records consistently.

What is it about this agent that made that sort of transformation possible?

What are the fundamental characteristics they possessed that allowed them to go from struggling to thriving, that we should be on the lookout for when we go to hire?

3 things to look for when recruiting for your agency

1. An eagerness to learn

If you want to have an easier time recruiting and developing a person for the position, it's important to be able to look past the shiny resumes and smooth-talkers and seek out those truly eager to learn.

Coachability is certainly important, as you want feedback to be heard and acted on – but without a relentless drive to study and master their craft, even a coachable person is unlikely to become that star performer you're looking for.

You've probably seen these people in your agency, or have them as colleagues. When they have downtime, they are reading the latest sales book, picking people's brains, and taking courses or attending webinars.

They never stop asking the question, "how can I get better?" – even once they've found success.

How do you discern whether a person has this trait prior to hiring?

In your hiring process, try asking the following questions:

I love running. It is what centers and grounds me, and generally just makes me a better person to be around. I'm currently training for a marathon, and even though it's likely to be canceled due to COVID, the training alone has been so rewarding for me.

But there was a time when I would have laughed in your face is you asked me if I wanted to go for a run.

So how did I go from being terrified of the thought of running even a mile, to training for a full marathon?

My interest was sparked when I was dating a running enthusiast and I noticed that the energy that runners always seemed to have. It was infectious! So I started reading books about running, watched videos, joined running groups, and began to train regularly, setting bigger and better goals for myself as a runner.

I'm not going to go setting records anytime soon, but going from hating running to running marathons took drive and a personal desire to learn. No one could have brought that out in me if I didn't already have that eagerness to improve.

So asking not only for an example of an area they've improved in, but also their process of getting there will provide you with a great deal of insight as to whether or note that candidate has the traits you're hiring for.

It's possible to have the desire to learn, to be a constant student and always gobbling up new information, without ever putting it into practice.

You need someone who can – and wants – to do both.

2. A willingness to be uncomfortable while learning

I could have read about running all day long, and listened to every last running podcast out there – but I needed to physically show up, and risk looking like a total beginner if I ever hoped to improve.

A candidate with true potential will embrace discomfort as a part of the growing process.

There's a 4-part grid or learning process that most adults tend to operate on...

In this stage, you are blissfully unaware that you are bad at something, either because you've never tried it, or you've never seen it done differently.

You don't know what you don't know, and it's possible to operate in this space for a very long time.

You aren't getting the results you want and you think there has to be a better way. You are now aware of what you don't know.

This is where the desire for learning usually kicks in as you seek to find a solution to your newly understood incompetence.

This space is uncomfortable to live in, but it's where most of the learning takes place.

You put in the time to out how to excel at the thing you used to be bad at, but it still takes thinking about it to get the job done.

You are now so skilled that you don't even have to think about something in order to complete the task.

Understand this 4-grid learning process is key to hiring for potential because while it's tempting to hire only those in grid 3 and 4, the underdeveloped, future star performers we talked about are likely living in grid 2.

3. A willingness to show up when they don't want to

There are a lot of uncomfortable conversations that take place when you're in sales, and if someone claims to love cold calls or awkward silences, they are probably just telling you what they think you want to hear.

No one is motivated every single day.

I can't tell you the number of times I could have easily talked myself out of a run in the last week alone.

I'm not saying that a person needs to sit down and grind out 100 cold calls every day of the week, but in order to succeed you need to choose what's important and do it consistently.

You already know this as a business owner – so why not hire for that same trait?

See if your candidate can give you an example by asking:

I'll give another personal example from when I doing medical sales.

I remember days where I would just sit in my car in front of a customer's office, trying to convince myself I should go in.

Or, "They probably don't have time, and dropping in in person is going to be inconvenient – I should just send another email..."

But no matter how much I didn't want to do it some days, I always felt better after I did, and motivating myself to do the uncomfortable things is ultimately what led me to become a top sales performer in my industry.

This same trait is what will take someone with potential and turn them into a top producer on your own team.

It's great if you can land star talent – that 20% who have a proven track record of success in sales – but where does that leave the other 80% of your team?

Wouldn't you rather be able to hire for potential and develop your own outstanding talent so that 50% or more of your team is operating at that star level?

Many agencies avoid investing the time and resources to develop talent, as they fear that person being recruited by another company the moment they become successful.

Want to keep your stars from leaving?

Tune into the Sales Fiction Podcast next week where I'll be sharing the strategies for keeping your top performers happy and engaged in your agency so they won't need to look anywhere else.

Here is a link to this Episode's Show Notes. 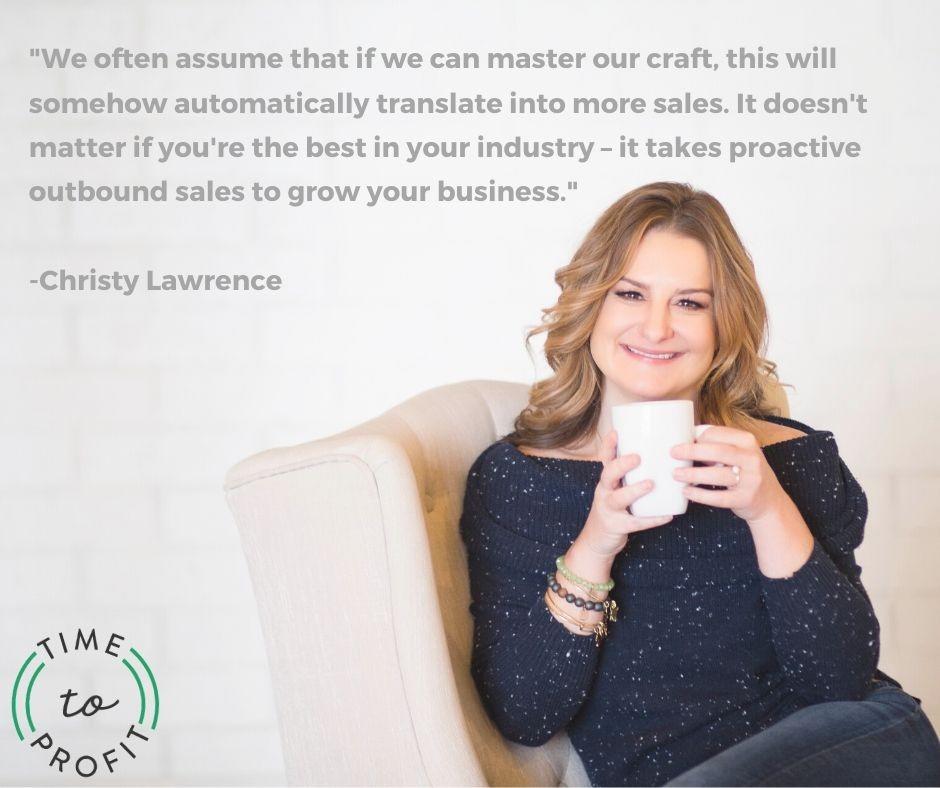 Relationship Building is Everything with Ali Cammelletti Apr 13, 2021
4 Powerful Questions You Should Be Asking Mar 23, 2021
How to Set Sales Goals That Really Motivate Mar 09, 2021

Get Started with your FREE Sales Planning Guide and Sales Checklists 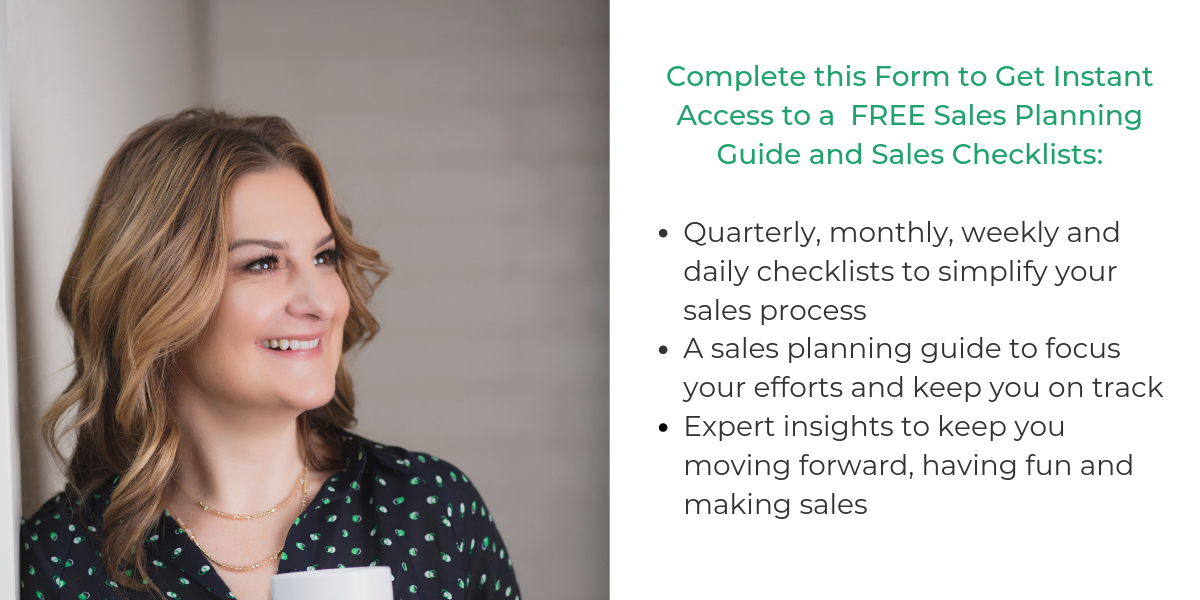 Enter your email below to get the FREE tools